Multidisciplinary artist who work in several media, Adeola has a way of bringing colors together to create a visual sensation. When you look at my paintings, you feel the joy and happiness the colors convey, Adeola said.  Adeola is very aware of colors and forms and how they work to captivate her audience.
Adeola first public exhibition was at National Orange Show where she won honorable mention for her work “Wings of Love”.  She has since won many awards for her paintings and jewelry designs.  Adeola was the featured artist at the 1997 Inland Empire Alzheimer’s Association Art Auction and the Annual African- American Artist Festival.  Her image “Serenity” and “Praising the Lord” were used as the poster image respectively.  She has exhibited at local and National juried shows and also served as juror for local art competitions.
​ Adeola is proud of her involvement with the African American Summerfest from 1992-1998 special youth exhibition called, “Tomorrow’s Masters” which honors youths from kindergarten through 12th grades. She was a member of the task force committee in formulating the County Cultural Plan for the County of San Bernardino.  Her work is in both public and private collection, such as Toni Morrison, Riverside Art Museum, Chaffey Community Museum of Art, National Orange Show, Loma Linda Ronald McDonald House and many more.
​
Adeola works in different mediums. Her first love is the oil and acrylic medium. For several years, she developed a love for the printmaking process. Adeola now works with both mediums to create some of her work. In addition to painting, she enjoys working with enamels and metalsmithing to create wearable art.  Some of Adeola’s paintings have been shown on the set of Fox’s television drama “Time of your Life,” NBC’s drama, “The Others,” ABC’s “Greys Anatomy”, “Blackish”, most recently HBO’s “Insecure”,  CBS’s “The Neighborhood”,  Bob HEART Abishola and many more.
I invite you to view a short video on my process of my current owl  and kindred spirits series.
​youtu.be/2620g_MJ6a8 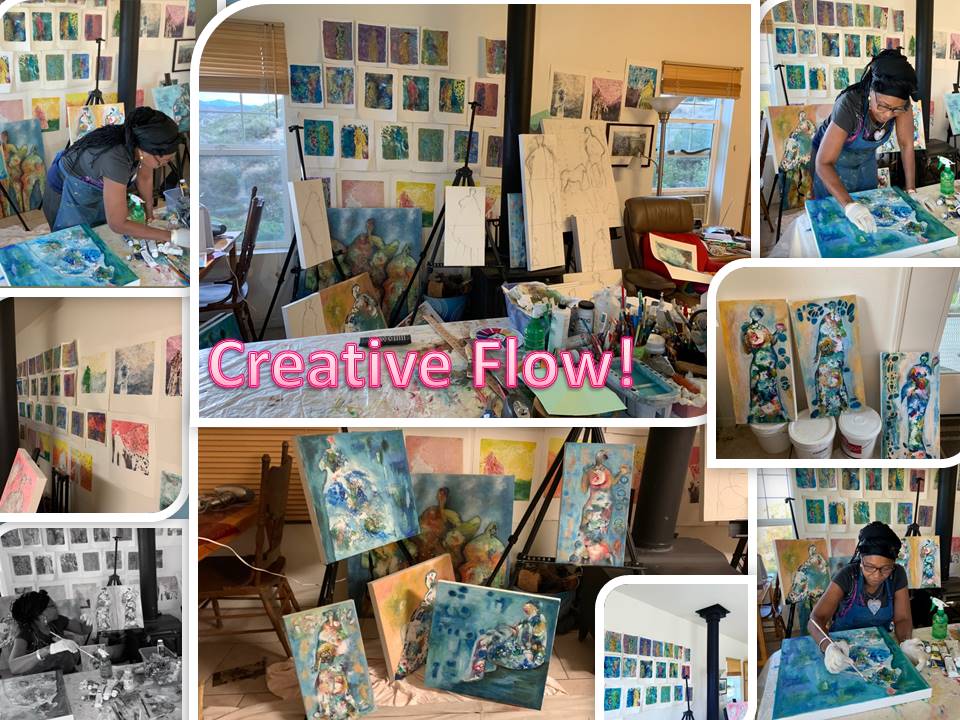